Due to the large and growing vehicular traffic in cities are built intersection of "intelligent". The movement of vehicles and pedestrians is managed in real time by the driver. The controller makes decisions based on the data provided by peripheral devices, detectors (video, radio or inductive). These sensors are very sensitive to weather conditions and mechanical. Very often they transfer to the controller false data, or does not communicate at all. Building on these data management device operates defective (the green light for a non-existent column of vehicles), or goes to work sequential.

Principles of the detection systems

check how our system of detection of magnetic vehicles works

The parameters of the detector must be made so that the vehicle can not raise the detector located in the adjacent lane. This makes it possible to read the driver's intentions regarding the direction in which it intends to move the intersection. Time excitation of the sensor determines the speed at which the vehicle and the value of interference determines its mass. This information is sent to the controller affect the control of the direction of the flow of traffic. For example, a truck coming up with the speed of 80km / h should have a much higher priority over passenger vehicle moving at a speed of 40km / h. Stopping a vehicle with a large mass results in the rapid destruction of roads, lots of noise and environmental pollution, since the dispersal of such a vehicle emits exhaust gas many times more than that of a passenger car. 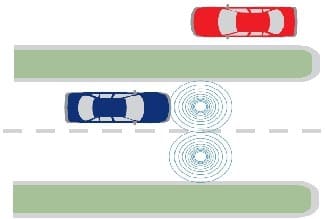 The detector works by measuring the Earth's magnetic field. The oncoming vehicle disturbs the field, enabling effective detection. Below is a drawing showing the phenomenon:

It is possible to identify the type of vehicle (motorcycle, car, truck), for they differ in the degree of interference field. The parameters of each of the sensors must be selected so that they are not excited by the vehicles in other lanes. In some cases, however, this is extremely difficult to realize. Vehicles passing by a large mass disturb the adjacent field sensors. Lowering the sensitivity can be a way to solve this problem, but this would distort the correct detection of vehicles with low weight. 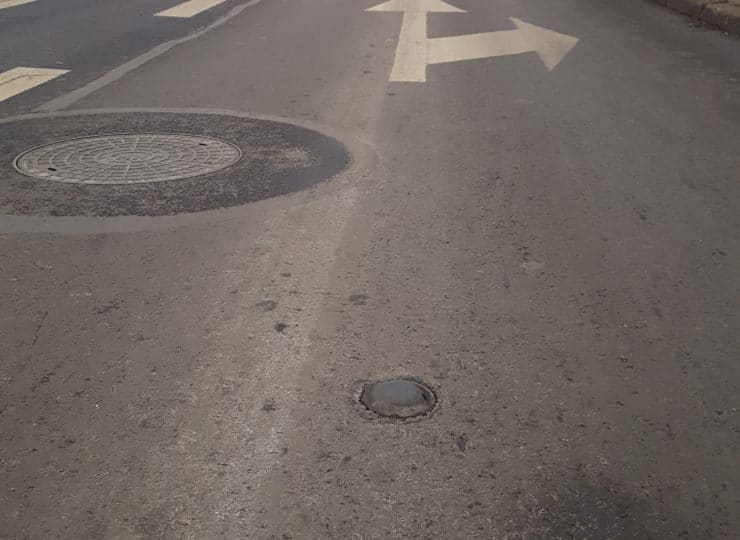 In order to correctly detect vehicles on multi-lane roads it seems to be necessary to create an intelligent network of sensors that sends apart from the busy state of deformation of the earth's magnetic field. Collecting device compares the differences in the signals of adjacent sensors and, on that basis whether it is one or two vehicles that generate notification. Information on the busy roadway can be transmitted to a base station via radio, so you do not need to carry cables to the controller lights. This version is dedicated to existing intersections where the designer does not take into account the supply channels power to the sensors. The installation consists of a cavity of small holes in the road foundation and a place where the sensor with its own battery power. With such a small area and the simplicity of assembly installation costs are minimal and the durability and resistance to destruction several times higher than currently used solutions. The second option is a version with cable dedicated to modern intersections, which is scheduled installation of the cable sensors (inductive). In prepared tunnels are placed sensors at specified distances from the intersection, but there is no need to intervene in the structure of asphalt to lay the induction loops. Detection principle is unchanged, but the busy tones are transmitted to the data bus or when conducting contact of each sensor. For single-lane road and a simple driver is enough contact - information on occupancy, but at the more complex intersections, it is necessary to transfer larger amounts of data. 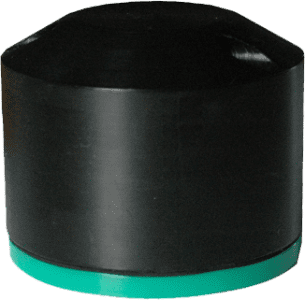 CPU card - the tasks of the CPU must communicate with magnetic sensors using a base station wireless 2.4 GHz. 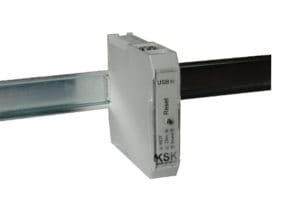 Then, the CPU card provides information about the incident to the vehicles detectors card , which communicates with the main intersection controller . 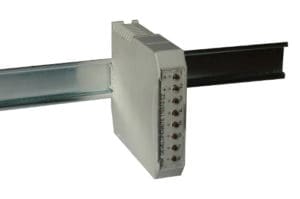 Vehicles Detectors extension card - its task is to transfer information received from the sensors / CPU directly to the main controller managing intersection. One card supports up to 8 sensors and is connected directly to back rail CAN bus. 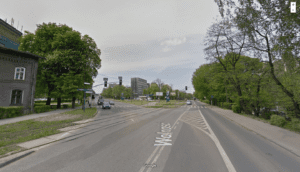 At the Crossroad of Wolności / al.B.Monte Cassino we installed 6 pieces of sensors and 2 base stations which resulted from a large distance between the sensors (up to 200 m).

At the intersection of Wolności / Kondratowicza installed 16 sensors in the wireless version, and 2 base stations. Additionally we have supplied with 12 pedestrian buttons in wired and wireless versions.

It is worth noting that one of the motivations of the investor on the use of sensors KSK-S02 was high defect in the induction loops previously used for the above mentioned intersections. The movements of the asphalt caused by passing vehicles, in particular commercial vehicles resulted in cracking of induction loos.